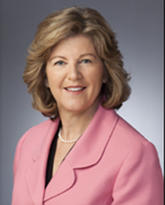 Susan joined the Faculty of Law in August 2019 to lead, teach and manage the clinical practice program at Student Legal Assistance (SLA). SLA is the pro bono legal clinic at the Faculty of Law that serves low-income Calgary and area residents, and students at the University of Calgary.  Legal services are delivered by University of Calgary Faculty of Law student caseworkers who provide legal information and agency representation before the Provincial Court of Alberta (Criminal, Civil, Traffic and Civil Divisions) and before certain administrative tribunals and a variety of outreach locations.

Susan teaches and supervises students in the SLA clinical courses in the core JD program and also teaches in the first year Foundations course on ethics and professionalism. Through her teaching, Susan helps further the goals of the Calgary Curriculum and the commitment to experiential learning opportunities for students. As a result of the COVID Health crisis, Susan has led the SLA team of students, volunteer student caseworkers and staff in the transition of SLA to digital and remote delivery of legal services.

Susan is no stranger to the Faculty as she graduated from the Faculty of Law at University of Calgary in 1985 and was admitted to the Alberta Bar in 1986. Since graduation Susan has kept strong ties with the Faculty and the University, where she served both on the Alumni Association and the Senate of UCalgary. Additionally Susan has continued her contributions to the Faculty through the Mooting and Debating Committee, where she tutors students in the Annual Blackstone Debate competition having been the first female winner of the Blackstone Debates in 1983.

After her admission to the Alberta Bar in 1986, Susan practiced law both in litigation and as a solicitor before joining the Law Society of Alberta as Counsel in 1994. Susan practiced at the Law Society for 20 years and held the positions of Policy and Program Counsel, Complaints Resolution Officer and Complaints Manager. She supported the Law Society’s Board of Directors (Benchers) in the development of policy and program initiatives in a wide variety of areas of law and practice including: Western Law Societies Conveyancing Project (Protocol); the Continuing Professional Development program; the Fee Mediation program; many equality initiatives including the Equity Ombudsperson, the Justicia Project, workplace policy development and the Aboriginal Summer Student program; and many access to justice initiatives including the Alternate Delivery of Legal Services Project and the Retention and Re-engagement Task Force. Susan is most proud of her role in fostering the development of the pro bono community legal clinics throughout the province including in Edmonton (ECLC), Red Deer (CACLC), Lethbridge (LLG) and Grande Prairie. Additionally, in 2007 Susan was seconded from the Law Society for two years to be the founding Executive Director of Pro Bono Law Alberta (PBLA) an access to justice initiative celebrating the 100th anniversary legacy project of the Law Society of Alberta. PBLA’s mandate is to promote access to justice by creating and promoting opportunities for lawyers to provide pro bono legal services to persons of limited means.

Susan is an experienced mediator and a professional facilitator. She has facilitated many groups both large and small to come to consensus on strategies to move forward to resolution including for: the Federation of Law Societies of Canada; the Department of Foreign Affairs/Department of Justice Canada; the Law Societies Equity Network, the City of Calgary, the Public Interest Law Clinic, the University of Calgary and the University of Alberta.

Susan served as a Municipal Councillor for the Kananaskis Improvement District from 2012 to 2017, appointed as a public representative by the Minister of the Environment and Sustainable Resource Development. She also served as an Appeal Panel member for the Real Estate Council of Alberta. Susan has been a mentor to young lawyers and before joining the Faculty she served as a mentor-in-residence at the Faculty of Law. Susan currently sits as a Public Member of the Board of Governors of the Southern Alberta Institute of Technology appointed by the Minister of Advanced Education.

Susan was appointed Queen’s Counsel in 2008, was awarded a Woman in Law Leadership Award in 2012 by the Association of Women Lawyers, and in February 2021 was recognized with a Distinguished Service Award for Service to the Legal Profession by the Law Society of Alberta and the Canadian Bar Association (Alberta Branch).

Statement of Research Interests and publications