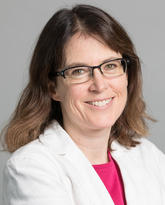 Department of History, Faculty of Arts

University of California at Berkeley

Lyndsay’s monograph, Truth and Privilege: Libel Law in Massachusetts and Nova Scotia, 1820-1840, is forthcoming from Cambridge University Press and will be the first ever joint imprint of the Osgoode Society for Canadian History and the American Society for Legal History’s Studies in Legal History series. Canada’s Legal Pasts: Looking Forward, Looking Back, a collection Lyndsay co-edited with Ted McCoy and Mélanie Méthot, was published in May 2020 with the University of Calgary Press and is available in open access format. We hope the book will appeal to students and aspiring legal historians, as well as to old hands. Articles on aspects of Canadian constitutional history have appeared in the Law & History Review and the International Journal of the Legal Profession, and an essay on libel law and the professionalization of medicine in Alberta was published in law&history. Several years ago, Lyndsay collaborated with Professor Tony Freyer of the University of Alabama on a co-authored and co-edited collection that explored law’s relation to race in the U.S.-Canadian borderlands in the mid-nineteenth century. Articles related to libel law and to the treatment of race in Canadian law have also appeared in the Canadian Journal of Law and Society, the Dalhousie Law Journal, and the Queen's Law Journal. An essay on the 1917 War-Time Elections Act and Canadian women’s first appearance at the federal polls is forthcoming in a volume being edited by Joan Sangster and Lori Chambers. An article on the first “abolition riot” is forthcoming in the New England Quarterly. Lyndsay is currently exploring parliamentary privilege and its position in Canadian constitutional history and is also working on a libel case brought by R.B. Bennett in Calgary in 1916.

Lyndsay grew up in Calgary but spent most of her post-secondary educational career on the west coast, in British Columbia and California. She practised briefly with McCarthy Tétrault in Vancouver and independently, in connection with the B.C. Human Rights Tribunal. She clerked for justices L.G. Finch and J.D. Lambert at the British Columbia Court of Appeal.

Lyndsay is cross-appointed to the Department of History in the Faculty of Arts, where she teaches courses in Canadian and American history. In Law, she has tended to teach courses on Canadian legal history and on legal theory. She also teaches in the undergraduate Law and Society program.

Lyndsay is a non-practising member of the British Columbia Bar.

Lyndsay is a former president of the Canadian Law and Society Association and a long-time member of the Standing Committee on the Annual Meeting of the American Society for Legal History.