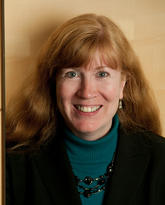 University of Illinois at Urbana-Champaign

Maureen has broad research interests, including interdisciplinary fields, a wide geographic range, and a number of fields within law. Her research interests span several national jurisdictions, including the U.S., Canada, the UK, and Australia, and they include constitutional law, immigration and refugee law, criminal law and procedure, and some aspects of national security law, as well as several areas of international law, including international criminal law, international human rights law, and international humanitarian law. She publishes primarily at the intersection of these various areas, currently in the context of migration, political narratives, and human rights. Her book, Detention of Terrorism Suspects: Political Discourse and Fragmented Practices, was published by Hart Publishing, an Imprint of Bloomsbury Publishing, and was the 2019 winner of the Hart-SLSA Prize for Early Career Academics in the United Kingdom.

Maureen was previously is a Global Faculty Fellow at Tecnológico de Monterrey, Guadalajara, Jalisco, Mexico, and a Visiting Scholar at Loyola University Chicago School of Law.

Maureen Duffy is originally from the United States, where she was a litigator in Chicago, first in private practice with Rudnick & Wolfe (now DLA Piper), then as a specialist in the area of children's rights. She worked in both the trial and the appellate divisions of the Office of the Cook County Public Guardian, and later as an administrator/attorney for the Illinois Department of Children and Family Services. Maureen has extensive trial and appellate experience. Before becoming an attorney (and to help pay for law school), Maureen worked as an editor and writer in the publishing field.

Maureen is a dual U.S.-Canadian citizen and pursued graduate studies in Canada. She holds a master's and a doctorate in law from McGill University, where she was awarded the O'Brien Fellowship for Human Rights and Legal Pluralism and a Social Sciences and Humanities Research Council of Canada Fellowship for her doctoral research. During her master's program at McGill, she was a researcher for the McGill Clinic for the Special Court for Sierra Leone. During her doctoral program, she participated, as a Junior Fellow with the McGill Centre for Human Rights and Legal Pluralism, in the Centre's invited filing of an Amicus Curiae pleading before the Extraordinary Chambers in the Courts of Cambodia, in the "Duch" case. The pleading was later published by the Criminal Law Forum. She also holds a Bachelor of Science degree in journalism from the University of Illinois at Urbana-Champaign and a Juris Doctor, Cum Laude, from Loyola University Chicago School of Law.

Maureen has been an Active Member of the International Commission of Jurists (ICJ) Canada Section (former Vice-President, Prairie Provinces, former member of National Board).

In 2019, Maureen’s book, Detention of Terrorism Suspects: Political Discourse and Fragmented Practices, received international recognition by being awarded the Hart-SLSA Prize for Early Career Academics in the United Kingdom. Maureen’s book has also been nominated for numerous other local and international awards.

In 2017, Maureen was awarded the University of Calgary Students’ Union Teaching Excellence Award for the second time.

In 2015, Maureen was awarded the University of Calgary Students’ Union Teaching Excellence Award. The student-driven award recognizes outstanding achievement and contributions to students in the classroom by exceptional teachers. Maureen has also been nominated multiple times for the Howard Tidswell Memorial Award for teaching excellence.

Maureen was an O’Brien Graduate Fellow for Human Rights and Legal Pluralism and recipient of the SSHRC Doctoral Award during her doctoral studies at McGill University.