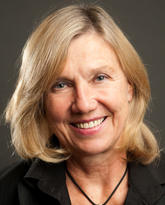 Kathleen's research interests are Human Rights, International Human Rights Law and Humanitarian Law, Constitutional Law, Women's Rights, Judicial  Development and Aboriginal Law. She has done extensive work on reparations for mass human rights abuses. In this context she was the Chief Negotiator for the Assembly of First Nations and primary architect of the Truth & Reconciliation Commission in the historic Indian Residential School Settlement Agreement, the largest agreement of its kind in Canadian history. In her pioneering work in judicial education, she has authored numerous foundational papers and organized conferences, workshops and collaborative international projects in Geneva, Australia, New Zealand, South Africa, Tanzania, Namibia, Spain, Israel, China, Vietnam, the United States, and the United Nations. She has published extensively in academic journals as well as in the popular media.

Kathleen was awarded a Visiting Professorship with Ulster University, Belfast, from June 2015 to May 2019. She is a member of an Expert Committee seeking reparations for survivor of institutional abuse in Northern Ireland. Kathleen was named as a Senior Fellow at the The Raoul Wallenberg Centre for Human Rights in 2018.

In June 2017, Kathleen was re-elected to serve on the Board of Directors of the Canadian Red Cross for three years.

In November 2015, Royal Society of Canada appointed Kathleen as co-editor of the newsletter for the Academy of Social Sciences (English).

In October 2015, Kathleen was appointed to lead a Panel of Experts on Redress, Northern Ireland.

In June of 2015 Kathleen was awarded a Visiting Professorship with Ulster University, Belfast, from June 2015 to May 2019.

In June 2015, Kathleen was selected to serve as President of the Selection Committee for the selection of 2016 Trudeau Scholars.

In June 2014, Kathleen was selected to serve as President of the Selection Committee for the 2015 Trudeau Scholars.

In February 2014, Kathleen was appointed Queen's Counsel by Jonathon Denis, Minister of Justice and Solicitor General.

In November 2013, Kathleen was appointed Secretary of the National Academy of Social Sciences for the Royal Society of Canada.

In October 2013, Kathleen was selected to a second term as a National Director on the Board of Directors for the Canadian Red Cross, where she also serves on the Governance Committee.

In June 2013, Kathleen was selected to serve as Vice President of the Selection Committee for 2014 Trudeau Scholars.

In June 2012, Kathleen was selected to serve as Vice-President of the file review committee for the selection of the 2013 Trudeau Scholars.

Kathleen was Chair of the Board of Directors of the International Centre for Human Rights and Democratic Development for 6 years. She was a founder of the Women's Legal Education and Action Fund. She was recently named an expert advisor to the Interaction Council, an organization of former heads of state.

In 2006, Kathleen was named to be the Canadian Director of a 5 year project on judicial development and grassroots engagement in Vietnam. In 2009, she was a member of the International Bar Association's mission to the Democratic Republic of Congo to review the justice system and advise on a reformative plan.

Kathleen was the Chief Negotiator for the Assembly of First Nations for the historic Indian Residential School Settlement Agreement, achieving the largest settlement in Canadian history and was a major architect of Canada's Truth and Reconciliation Commission.

Since 2007, Kathleen has served as a member of the National Administration Committee representing The Assembly of First Nations overseeing the implementation of the Indian Residential School Settlement Agreement.

In 2017, Kathleen received the "She Who Dares" Award, selected for recognition through the YWCA Calgary's sesquicentennial project highlighting 150 women who have had a significant impact on Calgary over the last 150+ years.

In June 2016, Kathleen received the Distinguished Service Award for her service to the Canadian Red Cross Board of Directors.