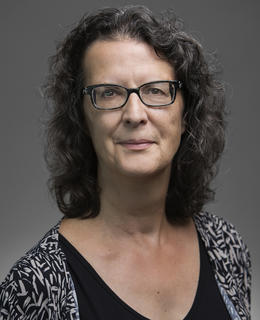 After receiving her LLB in 1978, Jonnette practiced law in Wetaskiwin, Alberta until 1991. Her practice was focused on family law, commercial law, and dependent adult law. She was also a member of the Alberta Farm Debt Review Board from 1986 to 1991 and mediated over 50 disputes between insolvent farmers and their creditors.

Jonnette's current research centers on Charter equality rights, residential tenancy law and discourse analysis. With her colleague, Jennifer Koshan, she has written over a dozen journal articles and book chapters on equality rights, many of which have been cited by the Supreme Court of Canada, as have several of her articles on alternative dispute resolution. Jonnette has also worked with The Women’s Legal Education and Action Fund (LEAF) in developing arguments for equality rights litigation, most recently in Fraser v Canada (2020, SCC). She is also a founder of and frequent contributor to ABlawg, the faculty's blog on recent developments in Alberta law. She has received the Distinguished Service Award for Legal Scholarship from the Law Society of Alberta - Canadian Bar Association.