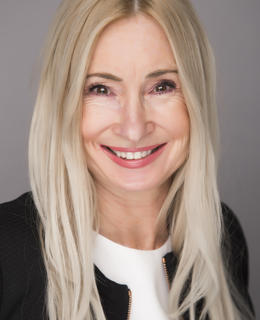 Kellinde is a Permanent Resident of Canada and an Australian award-winning scholar, lawyer and published novelist. She holds a Bachelor of Arts with First Class Honours and the University Gold Medal as well as a PhD in English Literature from the University of Sydney, Australia, and a Bachelor of Laws and a Graduate Diploma in Legal Practice from the University of Wollongong, Australia. Kellinde clerked at the Supreme Court of New South Wales, Australia, where she was appointed to the prestigious position of Researcher to the Chief Judge in the Equity Division. Kellinde has many years of experience as a university professor in Australia. She has published many articles in peer-reviewed international journals. She is the recipient of eighteen awards and accolades for excellence, including the Australian Bicentennial Award, Federation of University Women Award, Australian Research Council Post-doctoral Fellowship, British Library Centre for the Book Fellow, University of Sydney Fellow, Banff Centre for Arts and Creativity Writer Residency, and Guest Author at the Sydney Writers’ Festival.

Kellinde has lived and worked in Australia, England, France, Denmark, and Iceland before settling in Alberta. After completing the requalification process to practice law in Alberta, Kellinde was admitted to the Alberta Bar in 2018. Kellinde practiced mainly in civil litigation for four years in a mid-sized Calgary firm before taking up the three-year appointment as Director of the Foreign Trained Lawyers Program in the Faculty of Law at the University of Calgary. Kellinde has a keen interest in helping those who are beginning the journey that she herself has taken.

Kellinde is Chair of the Faculty of Law's Equity, Diversity and Inclusion Committee and outside her roles at the University, she is a Director on the Board of Directors of the Legal Education Society of Alberta, and is currently writing a textbook for Emond Publishing entitled The Foreign Trained Lawyers' Guide to Canadian Legal Research and Writing.

Kellinde is an enthusiastic skier. She learnt to ski after moving to Canada on the advice of a Canadian friend who recommended it as a tool for managing the winters. Kellinde took that advice and fell in love with the sport and the country. She qualified as a ski instructor two seasons after learning to ski and currently working towards her Level 2 qualification.

A Comparative Study of the Assessment and Accreditation of Foreign Trained Lawyers in Common Law Jurisdictions in an Equity, Diversity and Inclusion Context

Working Title: "A Comparative Study of the Assessment and Accreditation of Foreign Trained Lawyers in Common Law Jurisdictions in an Equity, Diversity and Inclusion Context"

Outcomes: Publication of articles on the findings of the above research. Publication of a report of the same. Delivery of papers and talks at conferences, seminars and other relevant venues.