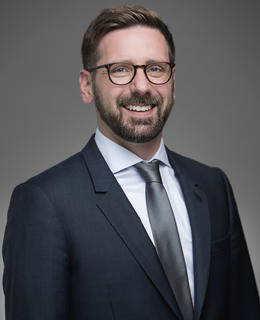 Michael teaches and researches in the areas of criminal law, national security law, and international organizations and human rights. He engages regularly with the media on his areas of research, including writing comments for the Globe & Mail and the National Post, providing TV and radio interviews for the CBC, CTV, and other local, national and international broadcasters, and interviews with local and national newspapers and legal publications. Before joining the Faculty of Law in July 2015 he practiced law and worked on Middle East policy, human rights, international sanctions and terrorism for Canada's Department of Foreign Affairs. Previously, he completed his articles and worked for Canada's Department of Justice, where his focus was criminal law. Michael has also worked internationally for the United Nations' International Criminal Tribunal for the Former Yugoslavia in the Appeals Chamber.

While completing his doctorate Michael was a SSHRC Joseph-Armand Bombardier CGS Scholar, executive editorial assistant to the University of Toronto Law Journal, and taught in the legal research and writing program.

Michael researches primarily in the areas of criminal law, national security law, and international organizations and human rights law. His specific focus is on the legality and efficiency of the processes and procedures of bodies within or created by governments – such as commissions of inquiry or specific government departments – that are involved in the investigation, evaluation or criminalization of wrongdoing. His current projects include exploring the development, implementation, and execution of national security law and the relationships between the actors involved in these processes.